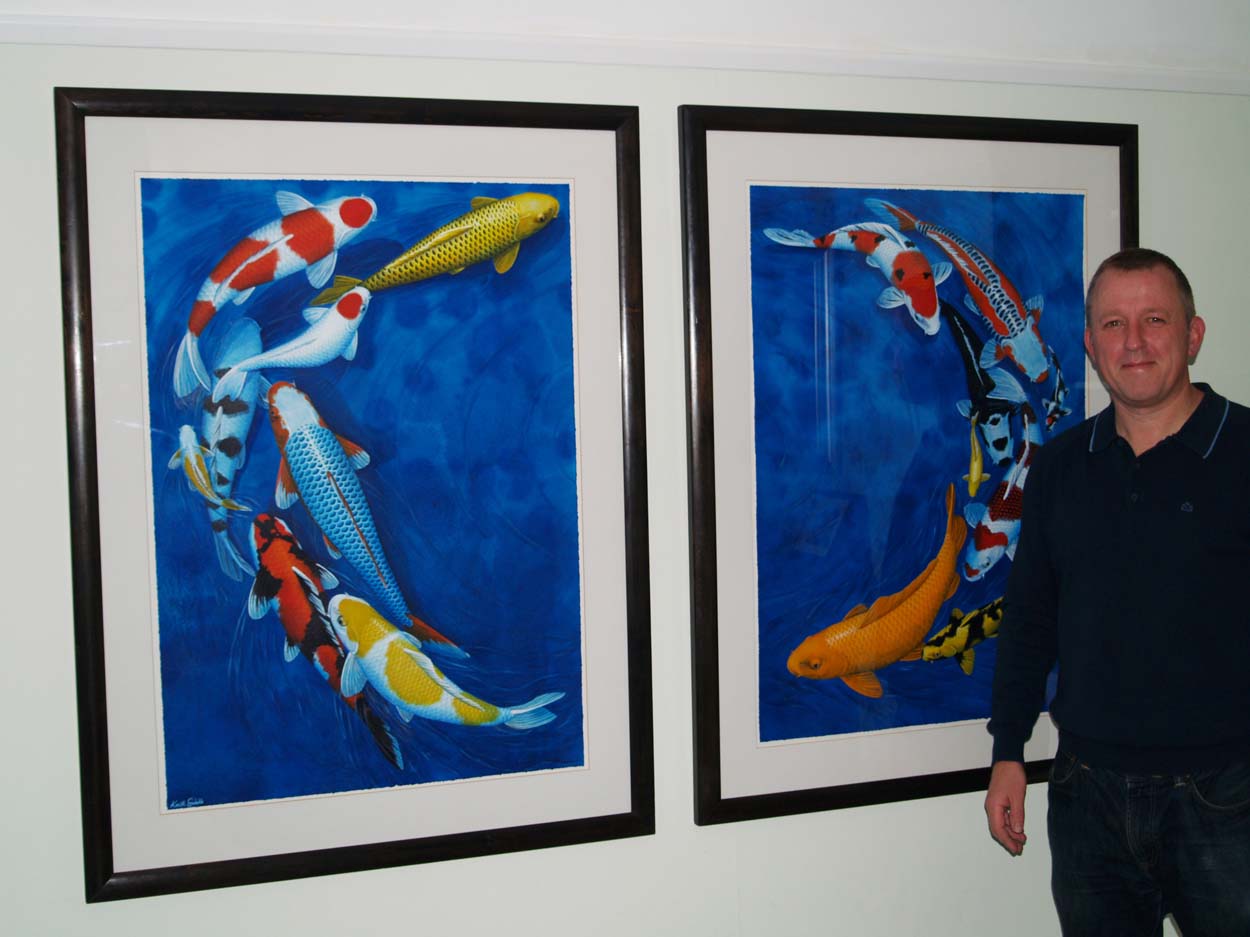 Fascinated by wildlife since childhood, when Keith became a professional artist, he decided initially to concentrate on one subject; he chose the oriental and beautifully ornamental fish, Nishikigoi (Koi). Keith focuses his work on the power and grace of each Koi as complemented by the intensity of their collective colours and shapes and other effects found in a Koi pond. To create a three dimensional effect, he uses a heavy duty rag paper, layers the acrylic colours and hand embosses each scale to produce a stunning effect. His art works are not only anatomically correct, but also beautifully designed.

These skills have enabled him to expand and experiment with his subject matter, including Orchids to continue the Oriental theme of Koi, Tropical Marine fish and other Sea life inspired by his scuba diving experiences. Keith’s paintings are a snapshot of nature, where motion becomes still, they are detailed studies combined with dynamic compositions and vibrant colours.

Interested in the depiction of colour and movement on canvas, Keith began with a foundation course at Maidstone Art College in 1984 after which he joined a fine art silkscreen and etching studio as an apprentice Fine Art Screen Printer. In 1988, he qualified as a Master Printer and left in 1992 to establish himself as a professional artist. He has exhibited at shows in the UK and internationally. Growing his reputation considerably following articles in Japanese, American, German and British publications.

Portico is closed on the 2nd and 3rd June and open as usual on Saturday 4th June.